By eliminating fewer than two dozen words from the state budget, Gov. Chris Christie has given himself the power to withhold hundreds of millions of dollars in funding that New Jersey's municipalities use to hold down property taxes, local government experts say. 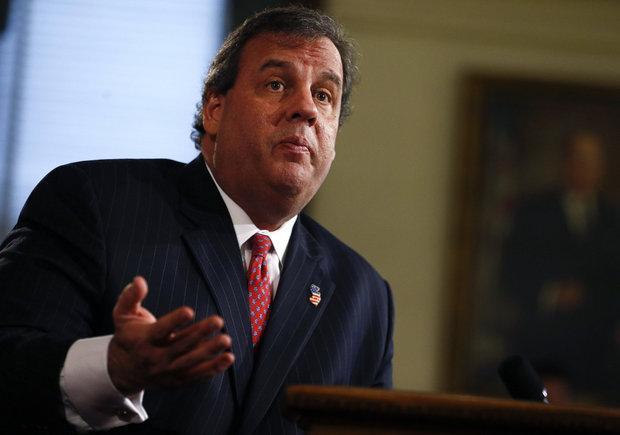 A line-item veto in the budget Christie released just before the July 1 deadline included a change to a statewide program that would allow the administration to refuse to pay a town's property tax relief aid if it falls short of what the state deems as good governance practices.

"This is pretty draconian," said Jon Moran, senior legislative analyst for the New Jersey state League of Municipalities. "This is a sea change in how the program existed up until now."

That program encourages municipalities to implement best practices, as identified by the state's Division of Local Government Services.

Christie signed the $34.5 billion budget after cutting $300 million in spending. In addition to changing appropriations in the budget, the governor can strike language. In this case, the words he cut capped a municipality's potential loss under the "Best Practices" program at five percent of its total aid.

Towns, boroughs and cities across the state submit a certified checklist to the state acknowledging that they complied with certain management, personnel, budgetary and financial practices. Last year, they were asked 50 questions, including whether they eliminated employee longevity awards, presented salaries transparently and pursued shared services agreements.

Depending how many points towns are docked by the Division of Local Government Services, they could previously lose up to five percent of their annual aid.

The deduction of Consolidated Municipal Property Tax Relief Aid was included, he said, to encourage those good behaviors.

"The original intent was to be a nudge to get people to do the right thing," Pfeiffer said, adding that the program has been "very effective."

At most, a municipality receiving $2 million in its total aid under the program would lose $100,000, or 5 percent, if it scored between zero and eight out of 50.

Under the new budget, all of the aid can be docked.

Fewer than a dozen municipalities last year received scores low enough to lose out on aid. Seaside Heights was scored a 26 out of 50, the lowest of any municipality. Only one, Cape May Point, scored a perfect 50.

Moran worried that depending on how the administration intends to implement the new language, it could put at stake $281 million in property tax relief.

"It leaves to the director's discretion what questions will be asked, what constitutes a minimum score, and what the penalty will be, up to an including all of a municipality's CMPTRA allocation," he said.

Moran said the league, the lobbying voice for the state's 565 municipalities, intends to inform its members and reach out to the administration and state lawmakers with its concerns.

"We want to get (the director's) spin on this," Moran said. "We want to get an idea how he's going to implement this. We're really looking for assurances there's no intention to use this as a severe penalty, to penalize folks inappropriately in order to save some money or for some other reason."

Moran said the change was "a total blind side."

A spokesman for the Department of Treasury, Joe Perone, said that towns that comply with the recommendations won't be treated any harsher under the new regulations.

"Since the governor cannot add words through a line-item veto, the amended language provides a less certain outcome for municipalities that are not in compliance compared to previous years," he said.

"However, the intention is to (provide an incentive for) good governance at the local level. It is not intended to be punitive for municipalities that adhere to best practices and do not flaunt current laws and/or regulations. Such towns should see no reduction in their aid as a result of the change in language."

Paul Sarlo (D-Bergen) chairman of the Senate Budget and Appropriations Committee, said that the amended language appears to turns the screws on towns that ignore the best practices and are "carrying on like business as usual."

They deserve to be penalized, he said, however "I don't believe the intention was to withhold it from towns that are constantly improving and trying to do things more efficiently, cutting waste and doing more shared services."

But his counterpart in the Assembly, budget Chairman Gary Schaer (D-Passaic), cautioned that the program change amounted to a "power grab by the governor."

"The governor is taking for his administration unprecedented power and seeking to control, obviously, the behavior of recipient municipalities and how they conduct their business," Schaer said.

The amount of aid they receive, he said, can be subject to the "whim of the governor and his appointed officials."