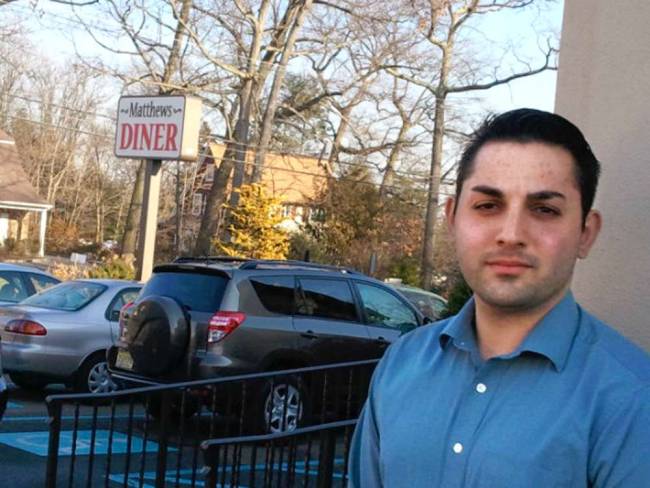 WALDWICK — When Anthony Celeste was elected councilman three years ago, he had a starry-eyed view of local politics as free of the dysfunction in Washington, D.C. But just two years in a ground-level office has made him reverse that outlook.

"Unfortunately, our political dysfunction from D.C. via Congress has spread like a disease to our NJ Assembly, county, and local municipalities," Celeste wrote on Twitter late Monday.

In an interview, Celeste said he remains optimistic about politics, but that state lawmakers are failing future generations by not addressing sky-high property taxes and a huge pension crisis.

"The country's in dangerous territory," Celeste said. "I don't want to sugarcoat anything."

Celeste, who describes himself as libertarian, said he "could care less about my political party, to be honest with you. I'm not a person that votes down the party line."

At a February council meeting, Celeste cast the sole dissenting vote against establishing a budgetary mechanism known as a cap bank. A cap bank, allowed under 2012 state law, means that if Waldwick passes a budget below the state-mandated 2 percent cap on increases in most tax-supported costs, it could bank the difference and, in future years, use it to raise taxes above the cap.

"It's becoming dangerous to go into funds that may not be there, that may be there in the future," Celeste said. "Other towns do it, but that's just a dangerous premise."

The solution, he said, is consolidating municipalities and school districts. "If towns do not consider consolidation, property taxes are only going to rise to a stagnant level that will bring a mass exodus of residents from this state," he said.

Celeste, chairman of the buildings and grounds committee, said he is proud of pushing to upgrade the borough's servers and website. "Before that, we were completely outdated," he said.

Giordano said Celeste has helped aim the council toward the future, and "whatever he did, he always voted from his heart."

Celeste, who graduated from Ramapo College in 2013, ran his campaign door-to-door and through social media platforms such as Facebook.

After he won, he told reporters he was optimistic about the state of local government: "This is where government really happens," he said. "Not like the dysfunction in Washington."

He had told supporters early on that he would not seek reelection, but his decision to leave politics may have come as a surprise, he said. "I had a pretty big party [Monday] — over 50 people, and there was anticipation," he said. "They thought I was going to announce I was running for freeholder. They got upset when I didn't."

Giordano said he wasn't aware Celeste will quit politics for good. "He'll be back," he predicted. "He still has politics in his blood."

Councilman Don Sciolaro said he had not read Celeste's Twitter post and "I always got the impression his experience here was fairly positive.

"Local government is all about day-to-day lives," he said. "We don't get into party, philosophical discussions. It's all about snow removal and picking up your garbage."

Celeste said he's looking into a master's degree in public administration and will continue working as a marketing consultant for Wyckoff-based CollTech.

And — as is common now among departing politicians — he also said he's writing a book. The topic? How to win local elections right out of high school or college — specifically in small towns.