Op-ed: On consolidation, N.J. can take cue from N.Y. 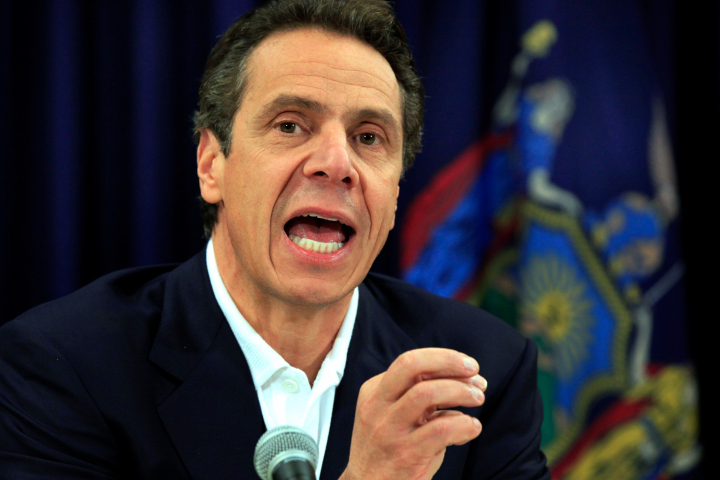 New York Gov. Andrew Cuomo dedicated more than four minutes of his 2014 State of the State speech last week to discuss what needs to be done to finally control the ever-increasing property taxes across his state: government consolidation.

In his speech, Cuomo recognized there is no sensible way for New York to control property taxes when it must deal with 10,500 local government entities taxing — and often overtaxing — property owners. “The state must address the proliferation and expense of local governments,” he said. “We must tackle a major structural problem.”   In 2009, when Cuomo was his state’s attorney general, he drafted the “Citizen Empowerment Act,” which gives residents and local officials the power to study consolidation and dissolution of local governments.   He supported the law with a user-friendly website and a guidebook. The state guaranteed up to $25,000 in immediate financial assistance when citizens petition and an additional $75,000 for reorganization planning and implementation.   Since that time, Cuomo noted that only two consolidations have taken place, which he finds unacceptable. “Time to stop making excuses and start making progress,” he said.   In an effort to further encourage consolidation, Cuomo is sweetening the financial incentives with up to $1 million for entities that consolidate, as well as supporting a newly created Financial Restructuring Board.   It is amazing that New Jersey is much further along in consolidation than New York — despite little financial support.   But what New Jersey does have is its 2007 Local Option Municipal Consolidation Law. And it is working.   At the beginning of 2013, New Jersey saw its first successful municipal merger under this law, saving the combined towns of Princeton Borough and Princeton Township more than $3 million a year.   The consolidated Princeton has better municipal services, with a stronger police force, by pooling resources, expanding programs that work and reducing redundancy. We were pleased to see Gov. Chris Christie speak about the successful Prince­ton merger in his State of the State address on Tuesday.   Residents in Scotch Plains and Fanwood have also used the law to submit petitions and form a Consolidation Study Commission in 2012. But without financial assistance from the state to fund a consolidation study, a three-year, citizen-driven effort could come to an end.   There are residents from many other towns across New Jersey who have contacted Courage to Connect New Jersey — which encourages municipal consolidations — to learn more about the law and its benefits. They are intrigued with the possibility of less local government, and the potential permanent savings from merging police departments, public works departments and other municipal components that have caused taxes to become unbearable for many.   New Jersey is plagued with the same onerous property taxes that New York is.   But Cuomo is determined to help New Yorkers consolidate local government to save money.   It is time for New Jersey to do the same, investing in consolidation studies and local efforts to streamline government.   It is our hope Christie will ask for financial incentives dedicated to promote and support municipal consolidation in his budget address next month.   Yes, the state budget is always tight. But, as Cuomo understands, a small investment at the beginning of the road could ultimately lead to huge savings, easing New Jersey’s chronic property tax problems.

Gina Genovese is executive director of Courage to Connect N.J., and a former mayor of Long Hill.